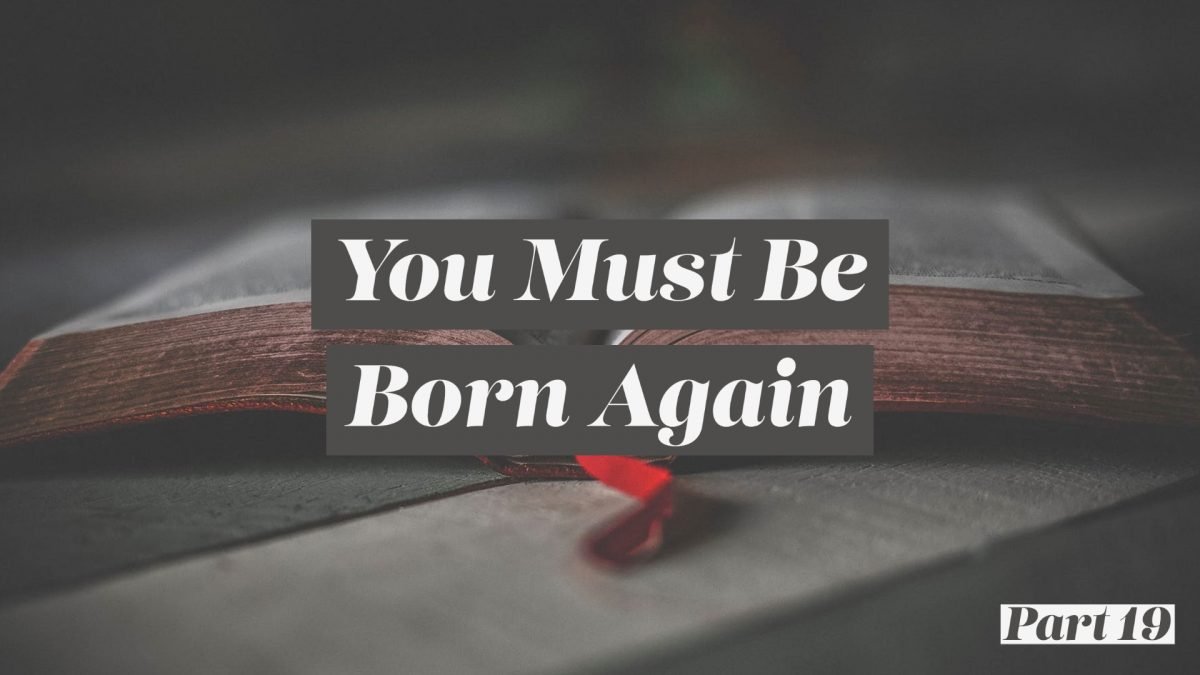 18 We know that everyone who has been born of God does not keep on sinning, but he who was born of God protects him, and the evil one does not touch him. 19 We know that we are from God, and the whole world lies in the power of the evil one. 20 And we know that the Son of God has come and has given us understanding, so that we may know him who is true; and we are in him who is true, in his Son Jesus Christ. He is the true God and eternal life. 21 Little children, keep yourselves from idols.

One final time we see the stark contrast between those who have been spiritually reborn by God's grace and the rest of the world. It is medicine for the soul to be reminded of what God has mercifully spared us from. None of this should produce arrogance in the heart of the Christian. It should rather produce joyful celebration and worship from a heart that is overflowing with gratitude.

“There is a stark contrast between those who have been spiritually reborn by God's grace and the rest of the world.”

THE CHRISTIAN IS PROTECTED

In verse 18, John says, “We know that everyone who has been born of God does not keep on sinning...” John has already clearly said that believers do sin (1 John 1:8, 10; 2:1; 5:16). So he must mean here that no genuine child of God lives in an indefinite state of sin. John is simply saying that genuine conversion has an obvious result, namely, a righteous life. At the end of verse 18, John says, “...the evil one does not touch him.” John does not mean that Christians are completely immune to the enemy's attacks. Satan can still tempt Christians, and even sift them like wheat if God chooses to grant him permission (Luke 22:31). However, Satan can no longer enslave us and make us captives of sin for the rest of our lives.

THE WORLD IS DECEIVED

In verse 19, John says, “We know that we are from God, and the whole world lies in the power of the evil one.” Throughout this letter, John has drawn a sharp line between Christians and the rest of the world (1 John 3:1; 4:4-5; 5:4-5). There is no middle ground. A person is either of God, or they are of the world and lying in the power of the evil one (some translations say “arms”). The picture that John is painting is not a portrait of frantic captives, desperately trying to escape. Rather, unbelievers lie happily and peacefully in the arms of their father Satan (John 8), oblivious to their own impending doom. The devil has blinded their minds (2 Corinthians 4:4). Therefore, Satan's chief ministry with believers is a ministry of doubt and despair, but his chief ministry with unbelievers is a ministry of deception.

“Unbelievers are not frantic captives, desperately trying to escape the captivity of the devil. Rather, unbelievers lie happily and peacefully in the arms of their father, Satan.”

THE CHRISTIAN IS ENLIGHTENED

Then in verse 20 of our text, John says, “And we know that the Son of God has come and has given us understanding, so that we may know him who is true...” In direct contrast with the blind indifference of the world, Christians have been given supernatural understanding from Jesus in order to know the one and only true God of the Bible. “The natural man does not accept the things of the Spirit of God, for they are foolishness to him; he cannot understand them, because they are spiritually discerned” (1 Corinthians 2:14).

Here at the very end of his letter, John seems to throw a curve-ball right at us in verse 21: “Little children, guard yourselves from idols.” So far, John has not mentioned idolatry a single time in his letter. At first glance, this final statement seems to be out of context. However, as we look closer, we see that this final command actually sums up John's entire message. All throughout John's letter he has been clearly defining what it means to be an authentic Christian. As we have seen, one of the primary qualifications for being an authentic Christian is that we must possess a personal and biblical confession of the Lord Jesus Christ. Idolaters always fashion for themselves their own made up gods to suit their own desires and preferences. They may use the name of Jesus, but they will inevitably strip him of his proper attributes as detailed in the Scripture. In the final analysis, idolaters do not actually submit to the God who has revealed himself both in Christ Jesus and through the pages of Scripture. Therefore, John wants us to realize that this practice of heresy is not simply a matter of bad theology, it is actually a matter of idolatry. Heresy is idolatry.

1) Do you take theology seriously? How are you actively working to uproot unbiblical views in your own personal life?

2) What unbiblical views of God have you held in the past? Can you see why this was idolatrous? Explain.

3) After working through all these lessons, what aspect of your theology changed the most? Does this change cause you to see God as better, or worse?