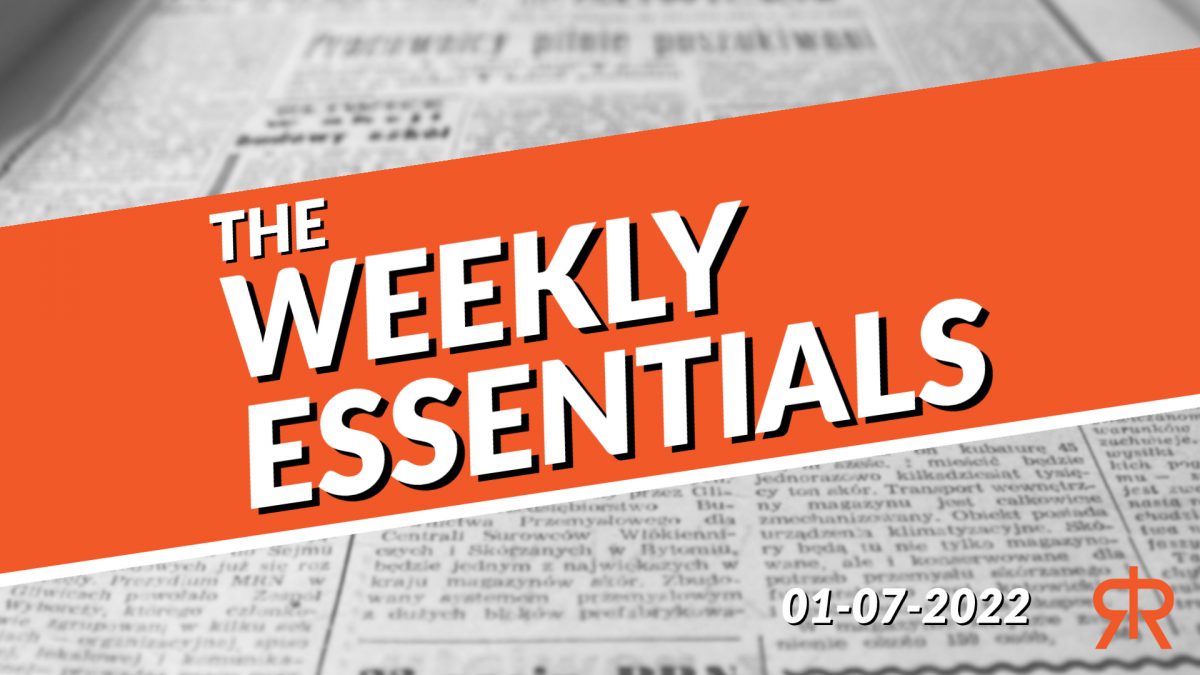 A “red-wave' appears to be coming in 2022, but I still have one serious concern.

#2 HOW CAN YOU TELL IF YOUR PASTOR IS A COWARD?

There appears to be a growing divide in American Evangelicalism. Whether it be the political sphere, cultural sphere, or church sphere, the “middle ground” seems to be rapidly disappearing. Today, pastors are either bold or compromising. So how can a Christian quickly identify whether or not a specific pastor is a coward, before investing years in that local church?

Pastor Joel and Constance Troutman (Truth+Fire) shed light on one of the most misinterpreted commandments in the Bible: “Love Your Neighbor As Yourself.”

#4 AN EPIDEMIC OF “WEAKER-BROTHER” PASTORS!

R. C. Sproul preached a sermon called “The Tyranny of the Weaker Brother.” His premise comes from Romans 14. He talks about how the church should welcome the weaker brother into membership with grace, but he warns of the weaker brother’s tendency to be a tyrant towards the rest of the body. The weaker brother, due to his weaker faith and underdeveloped conscience, has a bad habit of adding the traditions of men to the laws of God. Unfortunately, he often does not do this merely for himself but for others. For example, the weaker brother will frequently insist that their fellow church members (and especially their pastor) not drink alcohol, even though Scripture permits the righteous enjoyment of alcohol to the glory of God. And yet, churches should welcome the weaker brother into membership, and be willing in certain contexts to lay down their liberties in order to avoid becoming a stumbling block for him. But should the church welcome the weaker brother as their pastor? If the Apostle Paul labels the one whose conscience is wrongfully bound by man-made traditions as objectively “weaker,” should this individual be in a position of authority over those who are objectively “stronger.” Clearly, Paul’s point has to do with faith. Therefore, the weaker brother is not merely “weaker” in some kind of abstract way. Rather, in accordance with Scripture, the weaker brother possesses less faith than his other brothers and sisters in Christ. Such a man should be graciously welcomed into the church. But is there not a serious problem, when the church is led by those with the least amount of faith? In these cases, by virtue of both the individual’s person and position, the church becomes a context for mass tyranny. Man-made traditions become church wide “requirements” that everyone is commanded to follow, despite Christ having purchased freedom from such traditions by the costly price of his own blood. Is there currently a national (and even global) “epidemic” of weaker brothers filling our churches’ pulpits. Wearing a mask is not a law of God, and yet, many of our puny-faith pastors have wrongfully bound the consciences of all their congregants in this regard. The same can be said of pastors requiring vaccines for worship, or segregating the people of God according to vaccination status. Possessing a conscience that is so poorly shaped is not a disqualification for salvation (membership in Christ’s church), but should it be a disqualification for eldership? Would not the Apostle Paul expect the office of elder to be filled by stronger brothers? The past couple years have appeared to prove that a vast number of Evangelical churches are being led by the weakest among us, according to clear biblical standards.

#5 “REPLACEMENT” THEOLOGY, OR GOD'S PLAN FROM THE BEGINNING?

Are there two tracks for salvation, one for Israel and another for the Gentiles? Did God replace Israel and cut them out of his covenant forever? Or does God have an eternal plan which includes a “partial hardening” of Israel for a time, but the ultimate “grafting” of both Jews and Gentiles into the same salvific root?

However, there still appears to be a problem. On the one hand, there are Evangelicals who claim to love the Gospel, while consistently echoing the talking points of neo-Marxists. And on the other hand, there are Conservativest that champion many Christian values, while rejecting Christ as the source of all that is good. Our world desperately needs Christians who believe the whole Bible and are committed to applying it to every area of life. From family to church, and culture to politics, we must hold fast to the sufficiency of Scripture.