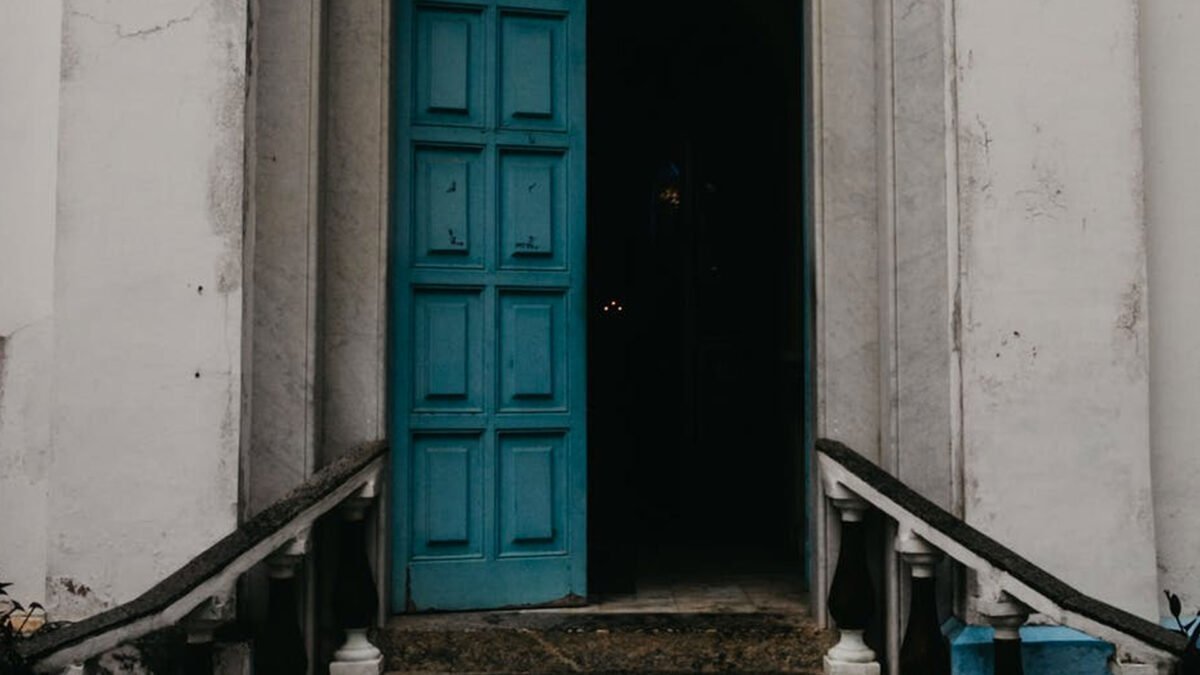 ARE THERE ANY OTHER METHODS OF ACHIEVING UNITY OTHER THAN CHARITY?

In regards to achieving and preserving unity, it is important to note that there are at least two methods of accomplishing this task: 1) One method is by extending charity in the midst of reasonable disagreement. And due to the unprecedented nature of the recent events surrounding Covid-19, I believe that disagreement among believers in this season is certainly reasonable. However, by making this statement, I am not saying that the Bible does not speak to the present challenges we are facing. Undoubtedly, there are both right and wrong answers to our questions. Therefore, in our attempts to extend charity toward one another during this season, we must be careful to avoid the type of language that affirms the moral relativism which faithful Christians have worked so hard to fight against throughout previous years. 2) The other method of achieving and preserving unity in the Church is powerful and persuasive preaching. Charity in the midst of disagreement certainly helps to preserve unity, but the greatest way to achieve unity in a local church is for its members to actually be persuaded of the same position.

Charity in the midst of disagreement certainly helps to preserve unity, but the greatest way to achieve unity in a local church is for its members to actually be persuaded of the same position.

For example, my local church (The Response Church, located in San Diego, CA) currently possesses an incredibly high degree of unity in regards to our views of soteriology (the doctrine of salvation). This is due, in part, to the fact that our church allows for its members to disagree with a few specific doctrines which relate to soteriology, such as “unconditional election.” However, it is fair to assume that the lion’s share of unity which our church currently possesses on this matter is due to the fact that the vast majority of our members actually hold to the same doctrinal positions. So the question is this: Did all of our members who agree on these particular issues initially arrive at our church already in agreement? The answer is an emphatic “no.” It is true that many people come to our church precisely because they are searching for a Reformed Church. However, it is also true that dozens of our members strongly disagreed with “the doctrines of grace” when they first arrived. And yet, over time, these individuals were won over through multiple conversations with their pastors, as well as conversations with fellow members. However, in hearing the testimonies of dozens of both past and present members, it is blatantly apparent that the greatest factor in winning over these individuals has been powerful and persuasive preaching. And yet, persuasion is a fine art. It is incredibly difficult to successfully achieve the art of persuasion, while carefully avoiding unhelpful dogmatism at the very same time. So in short, our goal in persuading others must not be to merely win an argument; our goal must be to win the person.

ARE THERE LEGITIMATELY TWO SIDES TO THIS ISSUE?

At this point, it must be assumed that when all of this craziness began about two months ago, those who believed that it was the will of God that Christians forsake the weekly gathering of the saints for an indefinite period of time, must have possessed some other biblical text in order to adequately justify their position. I firmly believe that the most legitimate biblical argument against churches gathering in the midst of this crisis is found in Exodus 20:13 (The 6th Commandment – “Thou shall not murder”). The 6th Commandment, when cross-referenced with “biblical case law” found in Exodus 21:28-29 (which addresses the issues of liability in the case of a loss of human life resulting from negligence, provided that the negligent individual was previously and properly warned), provides a strong argument for why churches should postpone their Lord’s Day Gatherings during this season. From these two texts (Exodus 20:13 & Exodus 21:28-29), an argument can be fairly made that because the American people have been sufficiently warned about the dangers of Covid-19, we are each held liable in the sight of God for any negligent actions we commit that result in the death of another human being.

Because the American people have been sufficiently warned about the dangers of Covid-19, we are each held liable in the sight of God for any negligent actions we commit that result in the death of another human being.

A person must be genuinely persuaded that the manner in which their local church is choosing to gather is more physically dangerous than other reasonable actions which have been deemed as “essential.”

All this being said, as I have made clear several times to my own congregation, there is still at least one clear exception to all of this: Those who are physically vulnerable (the elderly and those with preexisting medical conditions) and those who live/have close interaction with the physically vulnerable have ample biblical support for abstaining from the Lord’s Day Gathering until the present crisis is further resolved. Of course, this assumes that these individuals are being honest and consistent. In other words, if a person maintains that they cannot attend church, but they are engaging in other activities that possess a similar degree of risk for contracting the virus, then by way of their actions, this person is displaying the fact that they truly believe the other activities they are choosing to engage in are more “essential” than meeting with the Risen Christ on the Lord’s Day. Again, in a spirit of charity, we can assume that any person who is making these kinds of choices is acting in ignorance, rather than blatant rebellion against God.

If a person maintains that they cannot attend church, but they are engaging in other activities that possess a similar degree of risk, then by way of their actions, this person is displaying that they truly believe the other activities they are choosing to engage in are more “essential” than meeting with the Risen Christ.

As a final thought on this point, it is worth noting that my own church canceled six of its Lord’s Day Gatherings, despite my strong position on the subject. Believe it or not, I actually think it was biblically right for us to cancel our Lord’s Day Gatherings for the first few weeks of Covid-19. This is precisely because of the legitimacy of the opposing view which stems from the 6th Commandment. When the Coronavirus first came on the scene, it was extremely unclear how deadly the virus really was. Therefore, as far as we knew at the time, the threat to the body due to the virus really could have been substantially greater than the threat to the soul due to forsaking the the Lord’s Day Gathering for a few weeks. Due to this possibility, it seemed as though the Scripture’s command not to forsake the gathering was superseded by another command in Scripture, namely, the command to esteem human life. However, as more data regarding the actual risk of the virus was collected, and more Lord’s Day Gatherings were missed by our church, I began to believe that the risk to the soul had become greater than the risk to the body. The majority of our church’s elders (including myself) were of this persuasion after missing about three weeks of church. However, it took us some time to practically figure out how to resume our Lord’s Day Gatherings in a safe and reasonable way, especially since our state governor still considered “indoor services,” “outdoor services,” and even “drive-in services” as “illegal” at that time. All in all, we ended up live-streaming our services (which is absolutely NOT church) for six weeks. But if we had been more diligent and courageous, I believe we could have cut that number down to four or five weeks. In light of this reality, I want to be honest about the fact that I too have personally failed as a pastor during this season.

CAN CHRISTIANS USE CHARITY WITHOUT BECOMING RELATIVISTS?

During this difficult season, it is of the greatest importance that Christians on both sides of this argument exercise an extra measure of charity toward one another at this time. This is especially needed in a nation like America, where arguably the church has never before had to seriously consider rebelling against the civil magistrate in a manner such as this. That is not to say that our civil magistrate has never before done anything unrighteous throughout our nation’s history. However, examples of wickedness, such as ethnic-based slavery, did not require Christians to participate. Even more heinous examples of wickedness, such as abortion, still allow for Christians to practice what the Bible clearly teaches as righteous. There can be no debate about at least one thing: This is a very unique situation with far more uncertainty than any of us would prefer. Courage for Christians is desperately needed in this hour, but true biblical courage never comes at the expense of charity and a genuine desire for unity among believers.

Charity is especially needed in a nation like America, where arguably the church has never before had to seriously consider rebelling against the civil magistrate in a manner such as this.

Again, this kind of charity does not mean that there is not a right answer to the questions we currently face. As Christians, we must not only uphold the “inerrancy” of God’s Word, but also the “sufficiency” of God’s Word. We must believe that the Word of God speaks to all situations in life, especially crisis moments such as this. And furthermore, we must believe that whenever God speaks, he does not speak out of both sides of his mouth. One day, when we all stand before God, we will come to realize that some of us got it right, while others got it wrong. In this particular situation, it is likely that everyone has gotten it wrong, at least to some degree or another. However, as those who esteem the reality of absolute truth, we simply cannot say that two contradicting positions are both right at the same time. Therefore, we must each study the Scripture for ourselves, while seeking to be taught by the local elders that God has sovereignly appointed over us, in order to come to a clear biblical conviction on these matters. There are many positions in relation to this crisis that have no biblical merit at all. However, there are still at least a few positions which an individual may take while staying well within the boundaries of Christian Orthodoxy.

True biblical courage never comes at the expense of charity and a genuine desire for unity among believers.

Therefore, our task should be to challenge one another to take a reasonable position with sufficient biblical support. As we seek to do this, it is both appropriate and even right to attempt to persuade others to hold our own position because we are convicted that it is the right one. However, as we lovingly seek to persuade one another, we must do our best to suspend unfair judgment during this difficult time, and diligently work to avoid falling into the deadly sin of self-righteousness.