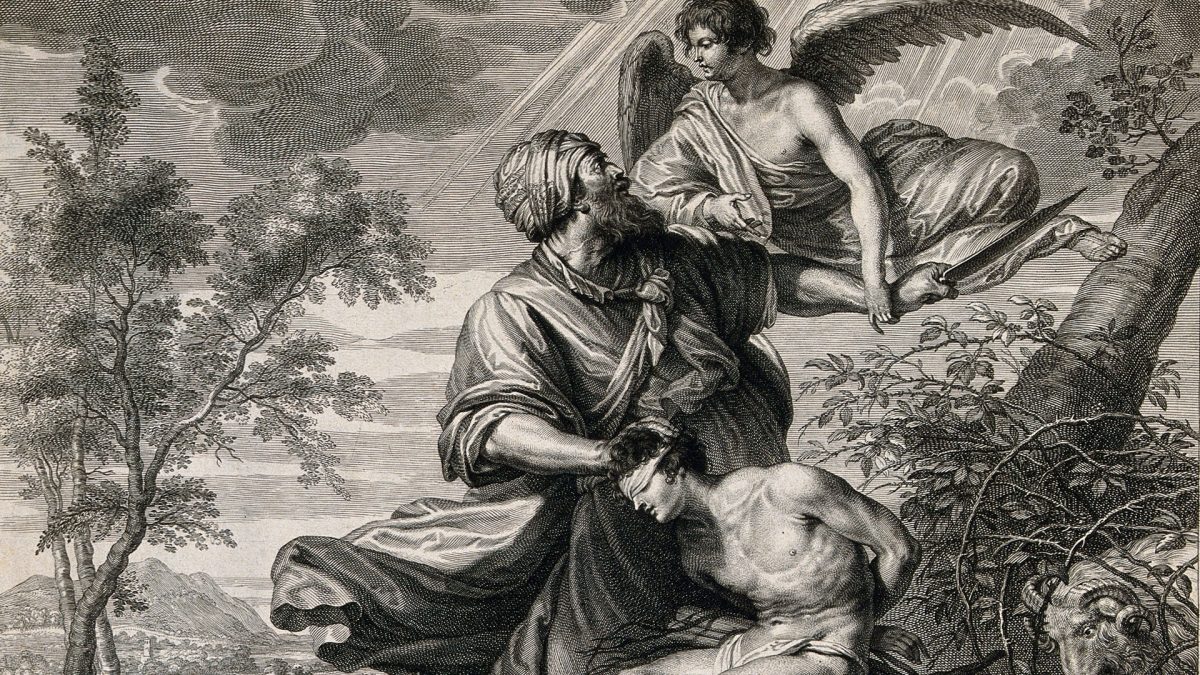 The Bible speaks to two primary types of sacrifice: gospel sacrifice and sinful sacrifice. Gospel sacrifice involves a conscious decision to forgo our own personal comforts and pleasures in order to advance God's mission here on earth. In contrast, sinful sacrifice involves a conscious (or even subconscious) decision to forgo obedience to God's clear commandments in order to "allegedly" advance God's mission here on earth. "And Saul said to Samuel, 'I have obeyed the voice of the Lord. I have gone on the mission on which the Lord has sent me. I have brought Agag the king of Amalek, and I have devoted the Amalekites to destruction. But the people took of the spoil, the sheep and oxen, the best of the things devoted to destruction, to sacrifice to the Lord your God in Gilgal.' Then Samuel said, 'Has the Lord as great delight in burnt offerings and sacrifices, as in obeying the voice of the Lord? Behold, to obey is better than sacrifice, and to listen than the fat of rams. For rebellion is as the sin of divination, and presumption is as iniquity and idolatry. Because you have rejected the Word of the Lord, he has also rejected you from being king'" (1 Samuel 15:20-23). Indeed, obedience is better than sacrifice. Again, gospel sacrifice (forgoing personal comforts and pleasures) is both permissible and even beautiful. But sinful sacrifice (forgoing obedience to Christ's commands) is displeasing to the Lord.

In my pastoral experience in California, I witnessed two primary groups of people. The first group consisted of those who lived in the city and faithfully participated in our church for a relatively short time (usually 2-4 years). Almost all of the individuals in this first group were either college students or military. After their brief stint in California, these people would quickly move somewhere else in the country. The second group consisted of those who resolved to live in the city long term. Unfortunately, the majority of individuals in this second group only lasted in the city by engaging in what I have now come to recognize as sinful sacrifice, myself included. In other words, we weren't making it in San Diego due to a supernatural gift of contentment, living on one income in tiny apartments with our multiple children who were being faithfully home-schooled by their mothers. Instead, we were surviving in San Diego because the men in our church were waiting until their 30's to get married. Even the men who did marry at a younger age were often waiting five years (or longer) to begin having children. In addition to this, almost all of our wives worked in some capacity outside of the home, not because they wanted to but because they had to for us to survive. In short, I cannot recall a single civilian family in the church (and we had many throughout my pastoral tenure) that married in their early 20's, began having children within a couple of years of marriage, resisted the temptation to place their children in public school, lived on a single income, and faithfully tithed to the church. To my memory, not a single family would have fit this description. For the record, the church had a few families that fell into this category towards the very end of my time in San Diego. Still, all of these families had resolved to move out of California within six months of my departure.

BUT WHAT ABOUT MISSIONARIES?

Some of you may be wondering, "What about Christians who live in places that California so greatly aspires to become? You know, places such as Venezuela, North Korea, or China?" This is a perfectly reasonable question that deserves a thoughtful response. To determine whether or not a Christian should choose to live in California, we must recognize that countries such as Venezuela, North Korea, and China differ from California in at least one key respect: The vast majority of Christians living under these oppressive regimes do not have the option of leaving. In God's providence, he determines both when and where people will live. For much of human history (and still even today), many people have very little say in the matter. However, as citizens of the United States of America, we have unparalleled freedom in determining where to raise a family.

The majority of those who resolved to live in the city long term only lasted in the city by engaging in what I have now come to recognize as sinful sacrifice, myself included.

A further inquiry might be this: "But what about the concept of missionaries? What about those who choose to forsake their liberties to go into the darkest places of our world and make disciples for Jesus?" To this, I would simply respond by saying that according to what I have personally witnessed by living and pastoring in San Diego, California, for over a decade, the vast majority of Christians living in California are not exactly what I call "missionary material." I mean that these Christians, although wonderful people in many regards, are simply not living as missionaries are called to live.

Although the Christians I knew in California were wonderful people in many regards, most of them were simply not living as missionaries are called to live, myself included.

A missionary is someone who is committed to fulfilling the Great Commission: "Go therefore and make disciples of all nations, baptizing them in the name of the Father and of the Son and of the Holy Spirit, teaching them to observe all that I have commanded you" (Matthew 28:19-20). We tend to forget that last part. The Great Commission involves more than merely conversions and baptisms. It involves discipleship. Fortunately, Jesus was kind enough not to leave the task of defining discipleship up to us. So what is discipleship according to Jesus? Discipleship is teaching those who we baptize into the name of the Triune God to obey all of Christ's commands. So missionaries (and all Christians for that matter) have been tasked with teaching others how to submit to the complete Lordship of Jesus, both by our words and actions.

to obey all of Christ's commands.

So how do we teach people about the goodness of Christ's Lordship over the family if we deliberately prolong our singleness, delay childbearing, and abdicate our parental duties by shipping our children off to the state so that our wives can provide a second income to cover the high cost of living? We don't. Are there some Christians who are spiritually and financially fit for being missionaries in California? Certainly. Just as there are some Christians who are fit to be missionaries in a place like China. But to pretend that this is the norm simply because what I'm suggesting is controversial is incredibly foolish.

It's been a couple months now since Right Response Ministries has made this transition and God has already accomplished many wonderful things. One example is that the ministry has just about finished the construction of our band new studio in Hutto, Texas. By God's grace, we're currently on track to produce more content than ever before with a level of excellence that we previously were unable to achieve. However, high quality studio equipment does not come cheap. There have been multiple costs associated with this new endeavor. That said, I'd like to make a humble request.

Would you prayerfully consider partnering with us by giving a one-time donation to Right Response Ministries or becoming one of our Responders?

As you know, opposition towards Christ and his Word continues to grow in our nation. And the strategies of Satan seem to be increasing in deception. Many in our day are being led astray. Our goal is to fight back against this hostility towards Christ by providing an abundance of biblically faithful content that equips the people of God to carefully discern the crafty schemes of the enemy. But we cannot accomplish this mission apart from faithful Christians such as you standing beside us through prayer and financial support. From the bottom of our hearts, thank you for your prayerful consideration.