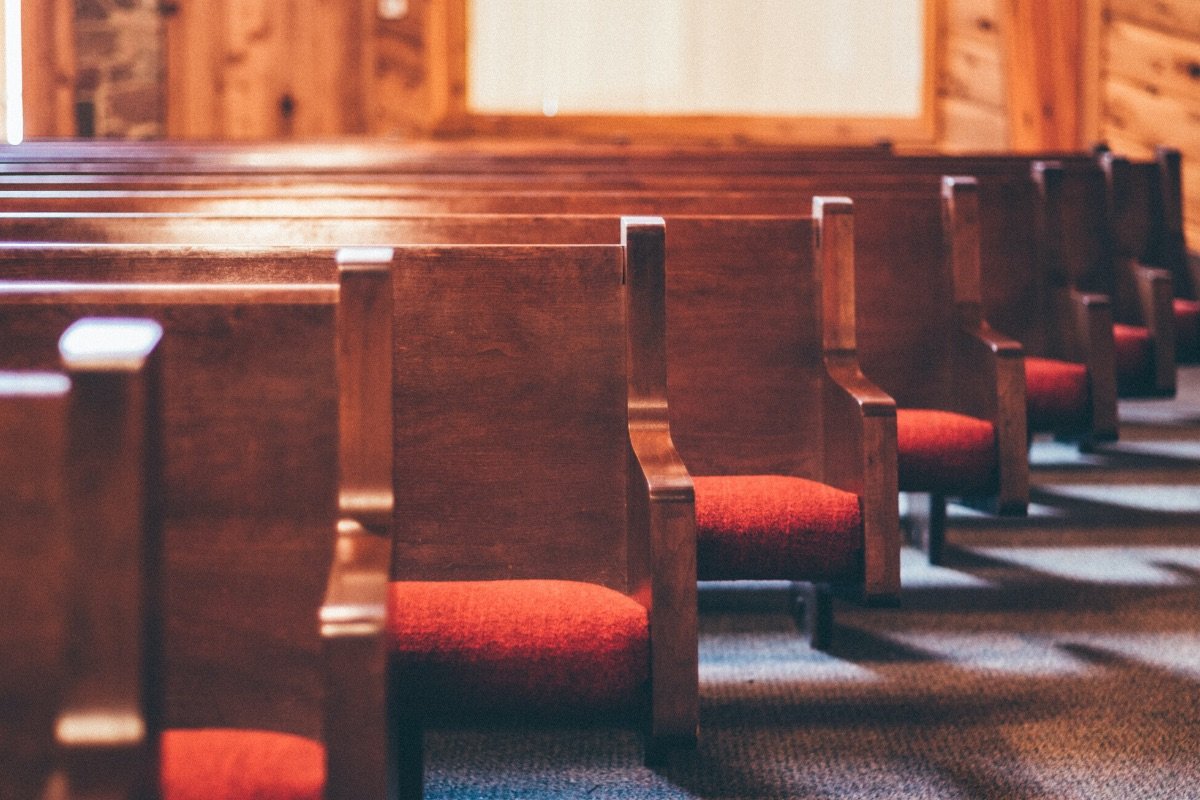 I “asked Jesus into my heart” at the age of five and then “rededicated my life to Christ” in sixth grade at a Christian youth conference. I served in several leadership positions in my seven years in youth group and was awarded many “Christian character awards” in high school. I was always known as a “goody-goody” and was praised for my strong faith and good works. In my heart, though, all of these things were for my own glory and were thus deeply sinful. In Romans 14:23 Paul says, “For whatever does not proceed from faith is sin.” Someone can find a cure for cancer and offer it to the whole world free of charge, and yet have an unregenerate heart of stone that will lead to eternal damnation. If not for the grace of God, this is where I was headed.

It was not until about three years ago that I realized repentance had never been a reality in my heart and life. A little over four years ago I broke up with my most serious boyfriend (besides my now-husband) who I was living in sin with for our entire two-year relationship. I didn’t tell a single person about this sin at the time, and I also had no godly sorrow over it. The only remorse I felt was over what people would think of me if they knew. Reflecting on this unrepentant sin now grieves my heart and makes clear to me that I did not yet have a regenerate heart, one that is committed to the glory of God.

I remember the first time I learned about godly sorrow over sin in a study my church went through called the Gospel Primer by Caesar Kalinowski. I was floored by the distinction made between true repentance of sin and remorse over the consequences of sin – namely how it affects you, the sinner. I was especially struck, and deeply concerned, by the fact that genuine godly grief over sin had not been a reality for me my entire “Christian” life. Throughout that study God gave me eyes to see that clinging to the cross of Christ – and NOTHING else – for my righteousness would change my life, quite literally, forever.

I am eternally grateful and deeply humbled to declare that all by the grace of God through the blood of Jesus Christ shed on behalf of a wretch like me, repentance is now a huge part of my life. Growing up I always struggled to come up with sins to confess to God; I am dumbfounded by this now, realizing how blind and prideful I was. By God’s rich mercy I am now keenly and increasingly aware of my wicked heart (especially prior to regeneration, when I was DEAD in my sin) and the countless ways I am still prone to wander from my Shepherd, King, and Savior. Where once the cross of Christ did not mean much to me, I now CLING to it – as I grieve the offensiveness of my sin to a holy, perfect, and just God, and as I rest assured that nothing can pluck me from the hand of my most merciful Father and Lord.

I was baptized at the age of 13, yet looking back I see that the gospel, “the power of God unto salvation,” had not yet penetrated my heart. I was unaware of the weight of my sin, the glory of the One I was sinning against, and my life-or-death need of His grace. In the past few years, I have had fleeting thoughts about getting baptized again. Within the past few months, however, the conviction had grown to a point where I felt confident the Spirit of God (especially through the teaching of His Word) was leading me to do it. I was incredibly excited about this public proclamation of the grace of God that has been poured out in the life of such an unworthy sinner. This past Sunday my entire church family gathered around a horse trough filled with cold water, as 21 of us members were baptized in the name of the Father and of the Son and of the Holy Spirit. It was absolutely one of the most amazing days of my entire life.

Jesus addressed the topic of false assurance extensively in His ministry here on earth, and I have found this is especially, or uniquely, pervasive in America where persecution is far less intense (huge understatement) than other countries or parts of the world and where false gospels thrive. I felt compelled to not only get baptized and celebrate God’s gracious gift of salvation to me but also to share my story with friends and family, some of whom (I fear) might possess the false assurance I had for most of my life. I hope and pray that God might use my story to convict self-righteous hearts like mine and to point to His glory.

In Matthew 11, starting in verse 20, Jesus denounces the towns in which most of His miracles had been performed, “because they did not repent.” He goes on to say in verse 24, “But I tell you that it will be more bearable for Sodom on the day of judgment than for you.” I am profoundly humbled by this passage. The truth is that it would have been more bearable for Sodom on that day than for pharisaic, “Christian-looking” me. BUT GOD, being infinitely rich in mercy, revealed His perfect truth to my wicked heart and gave me the gift of repentance by the blood of His Son and the power of His Spirit. Apart from the gospel of His glorious grace, I would still believe the lie that my self-righteousness is anything but filthy rags before the King of the universe. But now in Christ Jesus I who once was far off have been brought near by the blood of Christ (Eph. 2:13). GLORY BE TO GOD!