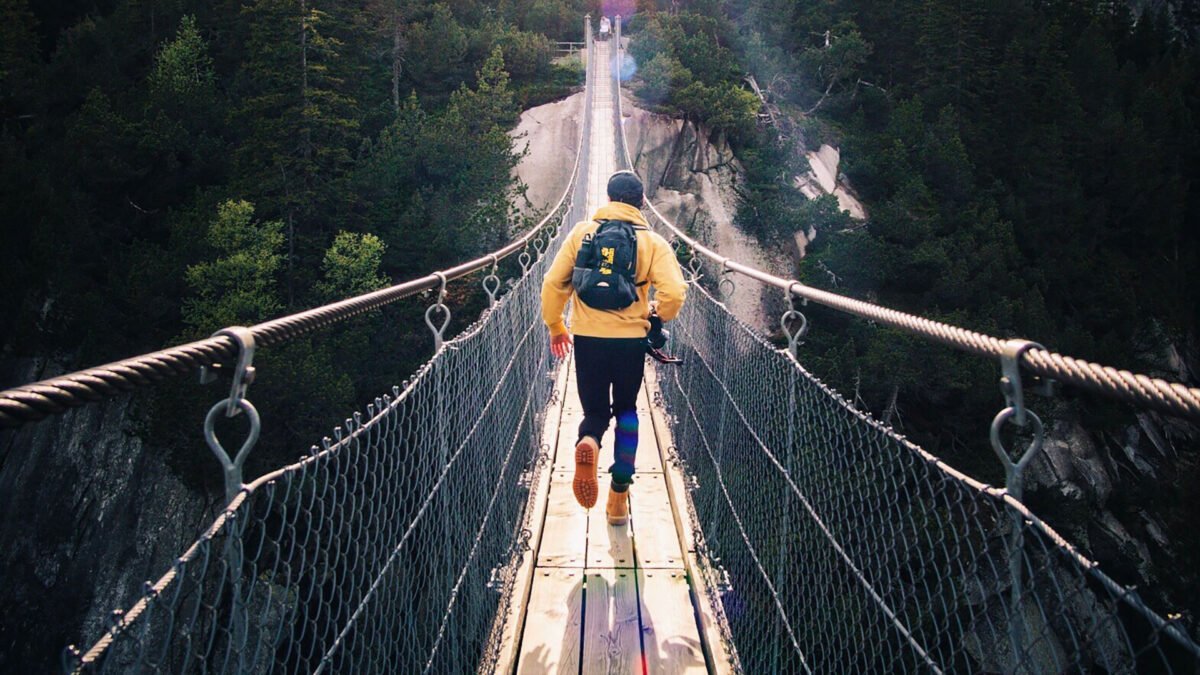 “So Naaman came with his horses and chariots and stood at the door of Elisha's house. And Elisha sent a messenger to him, saying, ‘Go and wash in the Jordan seven times, and your flesh shall be restored, and you shall be clean.’ But Naaman was angry and went away, saying, ‘Behold, I thought that he would surely come out to me and stand and call upon the name of the Lord his God, and wave his hand over the place and cure the leper. Are not Abana and Pharpar, the rivers of Damascus, better than all the waters of Israel? Could I not wash in them and be clean?’ So he turned and went away in a rage. But his servants came near and said to him, ‘My father, it is a great word the prophet has spoken to you; will you not do it? Has he actually said to you, “Wash, and be clean”?’ So he went down and dipped himself seven times in the Jordan, according to the word of the man of God, and his flesh was restored like the flesh of a little child, and he was clean. Then he returned to the man of God, he and all his company, and he came and stood before him. And he said, “Behold, I know that there is no God in all the earth but in Israel;’”

What role does obedience play in the life of the Christian?  Christians have always been saved by one way: by grace alone, through faith alone, in Christ alone.  Apart from any work or merit of our own, we are saved by the sovereign grace of the Lord Jesus Christ in the gospel.  Although this is absolutely and unequivocally true, there is a close relationship between our being justified by grace through faith and our obedience to Christ’s commands.  The Apostle John writes: “Whoever believes in the Son has eternal life; whoever does not obey the Son shall not see life, but the wrath of God remains on him” (John 3:36).  In this verse of Scripture, we see the correlation between belief in Christ and disobedience to Christ- the former brings eternal life, the latter brings God’s just judgment.

The 2nd London Baptist Confession of 1689 helps to shed light on this relationship for Christians.  In Chapter 19 (entitled “of the Law), the Confession reads: “Neither are the aforementioned uses of the law contrary to the grace of the Gospel, but do sweetly comply with it, the Spirit of Christ subduing and enabling the will of man to do that freely and cheerfully which the will of God, revealed in the law, requires to be done” (19:7).  Furthermore, the section entitled “of Good Works” found in Chapter 16 states: “good works, done in obedience to God’s commandments, are the fruits and evidences of a true and lively faith” (16:2).  In both of these statements, we see that Christian obedience proceeds from a heart that is justified in Christ.  In fact, when Christ justifies a person, the Confession states that He “[subdues] and [enables]” that man to obey God’s law happily, which he not only is obligated to do, but does so freely, from a joyful heart (19:7).  Jonathan Edwards, in his book Justification by Faith Alone, wrote about a concept he called  “evangelical obedience”.  Edwards wrote:

“The obedience of a Christian, so far as it is truly evangelical and performed with the Spirit of the Son sent forth into the heart, has all relation to Christ, the Mediator, and is but an expression of the soul’s believing union with Christ.  All evangelical works are works of that faith which works by love; and every such act of obedience, wherein it is inward and the act of the soul, is only a new, effective act of reception of Christ, and adherence to the glorious Savior” (Edwards, 96).

By nature of our union with Christ, His propitiatory death on our behalf paid the penalty for sin that we deserved to pay, and His perfect obedience to God’s law has honored the Lord in our stead and has been credited to our account at the moment of justification.  How ought the Christian respond to Christ for the forgiveness of his sins? With gratitude and a faithful receiving of Christ’s mercies to “go and sin no more” (John 8:11).

How ought we to think of this in regards to our non-Christian neighbors?  Let us consider the account of Elisha, “the man of God” (2 Kings 5:8) and the prophet Elijah’s successor, and Naaman “commander of the army of the king of Syria” (2 Ki. 5:1) found in 2 Kings 5.  The Scripture tells us that “by [Naaman] the Lord had given victory to Syria” over Israel (2 Ki. 5:1).  In addition, Naaman not only had the reputation of success in battle, but of good standing with his lord, the King of Syria.  The Author of 2 Kings writes that Naaman “was a man of valor, but he was a leper” (5:1).  We see in Naaman yet another example of the frailty of man and the folly of trusting in our own strength.  Even Naaman’s great successes in battle were victories that were granted to him by God and despite all of his accomplishments in life, Naaman was stricken with suffering in the form of leprosy.  We must learn from Naaman that no amount of prosperity in life, whether riches, material comforts, career accomplishments, health in youth, or the praise of men, can shelter us from the mighty hand of God.

But by the grace of God, Naaman learns of one who can heal him of his leprosy.  Providentially, through the words of a “little girl from the land of Israel” who “worked in the service of Naaman’s wife”, Naaman learns of Elisha, a famous prophet in Israel who “would cure him of his leprosy” (5:3).  With the King of Syria’s blessing, Naaman is sent to the King of Israel to obtain the promised healing.  Upon receiving Naaman’s request, the King of Israel is thrown into great distress and is relieved by Elisha’s request: that Naaman be sent to him “that he may know that there is a prophet in Israel” (5:8).  Naaman’s journey was motivated through the hope of being cured from his leprosy and relieved from his suffering, but God, who will ultimately heal his body, ordained it so that he might hear of the God of Israel and be saved from an infinitely greater need- the salvation of his soul and reconciliation with the God who made him.

Upon arriving at Elisha’s house, Naaman’s expectations of the promised miracle prove to be fallacious.  Elisha’s door is closed.  Naaman has to wait outside.  When the door opens, Naaman is greeted by a messenger, not the man of God himself.  The messenger advises Naaman to “go and wash in the Jordan seven times” with the promise that his “flesh [would] be restored” and that he “[would] be clean” (5:10).  Contained within Elisha’s message is the promise to Naaman that he not only would be restored from his leprosy, but that he would be made clean.  The commander of Syria’s armies had no understanding of Israel’s ceremonial laws and of the gravity of God’s promise to him.  If He simply obeyed God’s command and trusted by faith that it would make him well, he not only would have been made well, but would have been cleansed from the ceremonial uncleanness of leprosy and granted saving knowledge of the one true God.  Instead, Naaman responds indignantly.  He “went away in rage”, expecting that Elisha could have merely waved his hands and called upon God to make him well.  In addition, Naaman takes offense at the idea of washing in the Jordan, proposing that the rivers of his home country were superior to Israel’s.  The Puritan Matthew Henry writes “Proud men are the worst enemies to themselves and forego their own redemption.”  At this point in the account, Naaman’s pride has blinded him to the objective cleansing of sin presented to him by God.  He has chosen to forgo his own redemption by his disobedience to God’s clear positive command.

But Naaman is rescued by the sense of his servants. They respectfully urge him to reconsider the prophet’s counsel: “My father, it is a great word the prophet has spoken to you; will you not do it? Has he actually said to you, ‘Wash, and be clean’?” (2 Ki. 5:13).  These words should offer immense hope to the Christian who actively shares her faith and the pastor who faithfully labors in preaching and teaching God’s Word.  When we plead with someone to repent and turn from their sin and place their faith in Christ, we are pointing them to Christ who is “wisdom from God, righteousness and sanctification and redemption” (1 Corinthians 1:30 ESV).  Christ has actually said to those who would put their faith in Him, “Wash, and be clean”.  In addition, although it might be easily overlooked, Matthew Henry reminds us of the importance of godly friends who will not spare us loving confrontations when we sin.  He commentates: “It is a great mercy to have those about us that will be free with us, and faithfully tell us of our faults and follies, though they be our inferiors. Masters must be willing to hear reason from their servants.”  So too, the Proverbs remind us that “Faithful are the wounds of a friend” (Proverbs 27:6 ESV).

Presuming that he had nothing to lose, Naaman then goes to the Jordan, and after washing seven times, “his flesh was restored like the flesh of a little child, and he was clean” (2 Ki. 5:14).  This was, as we see in this text of Scripture, “according to the word of the man of God” (5:14).  Naaman follows his cleansing with his triumphant return to Elisha and his great confession: “Behold, I know that there is no God in all the earth but in Israel;” (5:15).

So in Naaman’s case, do we assume that he was cleansed by his direct obedience to Elisha’s word?  Or was there something else that transpired just prior to his washing in the Jordan that saved not only his flesh but his soul?  The answer lies again in another text of Scripture.  In Genesis 4, the brothers Cain and Abel brought their offerings to the Lord and “the Lord had regard for Abel and his offering, but for Cain and his offering he had no regard.” (Genesis 4:4-5 ESV).  Cain responds with anger and vexation; God responds by saying, “‘Why are you angry, and why has your face fallen? If you do well, will you not be accepted? And if you do not do well, sin is crouching at the door. Its desire is contrary to you, but you must rule over it.’” (Genesis 4:6-7).  If Cain were to have done well, he had the promise from the Lord that his offering would have been accepted.  Tragically so, Cain persists in unbelief and murders his brother Abel.  But this begs the question, why was Abel’s offering accepted over Cain’s in the first place?  Abel’s offering, his obedience, was accepted because it was offered in faith; the Book of Hebrews says it was: “By faith Abel offered to God a more acceptable sacrifice than Cain, through which he was commended as righteous, God commending him by accepting his gifts” (Hebrews 11:4 ESV).  Like Abel, Naaman, offered to God acceptable worship, acceptable obedience, because it was clothed in the justifying grace of God, and received by none other than faith in Christ.

Let us then be considerate of this as we preach the gospel to our neighbors.  When we, like Jesus, command and admonish others to “repent and believe in the gospel”, let us pray that God “may perhaps grant them repentance leading to a knowledge of the truth” (Mark 1:15; 2 Timothy 2:25).  May their obedience (and ours) to Him be further evidences of Christ’s work of the justification and salvation of sinners.